We Can Do Better: Equality & Discrimination in Australian Youth 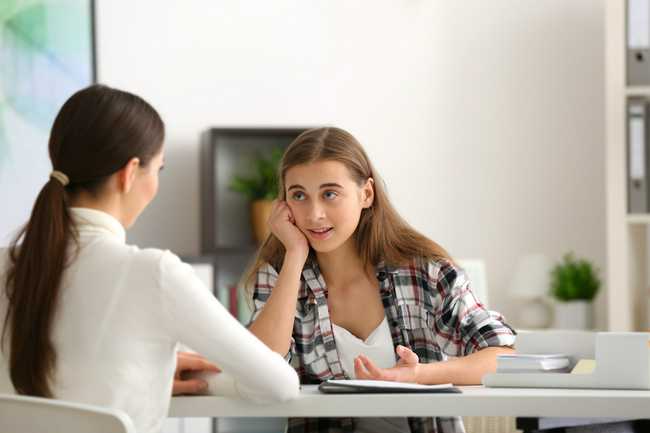 The Mission Australia Youth Survey showed us what we already knew – discrimination between Australian youth is real. Almost a third of young people experienced discrimination based on their race according to that survey. The numbers are alarming when it comes to how many teenagers are not treated fairly.

Keep reading below to learn more about what discrimination is, examples of those who overcame it and how to deal with discrimination.

What Is Considered Discrimination?

Before we dive into ways to fight discrimination it is important to take a step back and learn more about what it is. Discrimination is when a person or a group of people are not treated as favourably because of their background or certain characteristics.

For example, someone is refused a position even though they are qualified only because they are Aboriginal and the position is offered to a less qualified person with a different racial background.

Another form of discrimination is when there is an unreasonable policy that has the effect of disadvantaging certain people because of a characteristic they have. This is also known as indirect discrimination.

An example of this is when there is a policy stating that only full time workers will be promoted, this might be discriminating against women in that job because most of them are working part time.

When Is Discrimination Against the Law?

If the discrimination is based on someone’s race, age, disability, sex, or sexual orientation this can be against the law in a few areas of public law. For example education, employment, and housing rental discrimination.

Employers have a legal responsibility to not discriminate and can be held liable in cases when they do discriminate. Employees are protected from being discriminated in all stages of employment. This includes the recruitment phase, getting fired, and workplace terms and conditions.

The personal characteristics that are protected by the law include a potential employees’ age, their career status, whether or not they have any disabilities, their marital status, their physical features, their race, their sex, and their religious beliefs.

The Australian Human Rights Commission Act allows individuals to file complaints concerning any discrimination they experience when it comes to employment. These complaints are then reported to Parliament and the Commission can find a breach of the Act at that point and take action against someone that has broken the law.

Sometimes people do not realise that they are discriminating against someone. This can be more harmful to those that it is being done to because the person is in denial. Denial can be harmful as well because those people feel that they are silenced.

Denial might discourage those that are being affected by discrimination to take action against these wrongdoers. This can turn into a domino effect where more people are affected and being discriminated against because those discriminating are not being stopped. If they are not told something or stopped they will continue their actions.

Now that you are aware of what discrimination is you can keep an eye out to make sure that you or someone you love are not being discriminated against. It is important to have the right attitude in all situations.

It truly does not matter where we grew up, whether we are male or female, what our race or colour of our skin is, at the end of the day we are what we choose to be. Our attitude and how we choose to present ourselves will help determine how we are treated.

How we communicate with others will also determine how they treat us and how far we will go. Our attitude will always go much further than our colour, gender, race, and upbringing.

Great Examples to Learn From

If you look around there are a few names of people you might respect and not realise that they had to overcome discrimination as well. Thanks to their good attitude they were able to do so and become extremely successful as well.

Who doesn’t know who Oprah Winfrey is? If you were not aware she experienced discrimination when she was doing the news in Baltimore. She found out that her co-anchor was making more money than her but was doing the exact same job as her.

She chose to ask to get paid the same amount as her co-anchor and was told no. The reasons were because she did not have a mortgage, she was single, and she did not have kids. When she realised that they did not know her value she did not let that affect who she was and how valued she felt.

Eventually where she worked was no longer called A.M. Chicago it became known as the Oprah Winfrey Show. Before she owned her brand she got a raise but all of her producers did not. She went back to her boss at the time and asked for all the producers to also get a raise.

She was told no because they were all girls with a condescending tone. She decided to use her voice for good and gave her boss the ultimatum to either give them raises or she was not going to work if they did not get paid more.

The rest as we know is history she eventually owned the Oprah Winfrey Show and it became wildly successful. This is a great example that it did not matter that the odds were stacked against Oprah because of her race, skin colour, how she grew up, and the fact that she was a female. Her attitude helped mould her into who she became and who she is today.

She is one of the most influential and richest black women in the world thanks to her mindest towards life. Learning how to have strong mental health early in life will help you for years to come.

Another great example of someone who overcame the odds no matter their upbringing and even though the cards were stacked against him is Arnold Schwarzenegger.

Arnold started his successful career from scratch. He grew up in Austria in an abusive childhood and he was still able to overcome all obstacles. His father felt that Arnold was not his biological sin and therefore treated him differently than his oldest son.

Arnold has shared that he would pull his hair, hit him with belts, etc. What helped Arnold? He says that he turned everything negative around with positivity. When someone would tell him he could not do something he would say that it would not be for much longer because he was going to be somebody and he was going to be rich.

He had to prove himself to agents and casting people that would tell him that his body was too weird, that his name was too long, and that his accent was funny when he got into acting. He did not let those remarks affect his attitude instead he used it to fuel his fire.

He went on to become not only a successful bodybuilder but also a famous actor. It did not matter that he grew up in a poor country that dealt with World War II and post war issues. It also did not matter the people that said no or believed that he could not make it because of his accent and “funny” looking body. His attitude remained positive and proved otherwise.

Australian Youth: The Future Is Yours

It is important for everyone including the Australian youth to know that the future is yours to embrace. It does not matter if people choose to have a bad attitude where they discriminate against others, what matters is that you have the right attitude no matter the situation.

If you are looking for a motivational speaker to come out to a school event, or anywhere to speak with our youth, it would be an honour to come out and be a part of helping our younger generation realise their worth. Please take a minute to see my testimonials and what others have to say. You can also see the different topics that I can cover to see what would fit best.