How to Develop Resilience And Grit in Teenagers And Kids 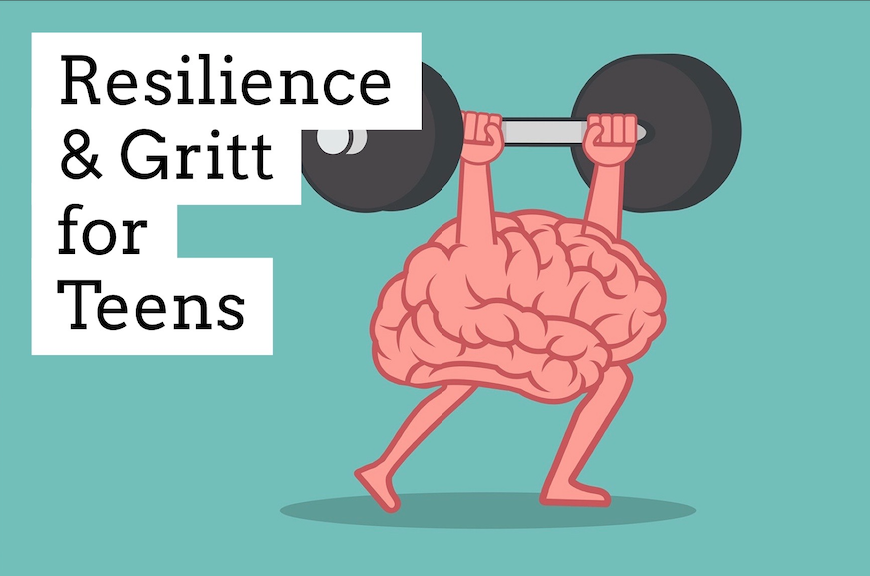 Resilience is built on 3 major connection point or “pillars”; School, Home and Sport/Work. With stronger connection comes better resilience or another definition; “The ability to get through hard times in a healthy way“. In This Article we’ll go through how to build the pillar’s that reinforce the resilience in teens.

Connection is Key. Please see how to make friends for more info about how to make connection with others. One of the best books I read regarding This topic of resilience was the book Grit by Angela Duckworth. Book Here. Ted Talk Here. Her book was a scientific study into what creates resilience.The two major takes away from her study and other national studies where; Connection & a Set Goal you work on everyday, no matter what. I think having goals needs to be talked about more.

Goals don’t have to be so serious. They simply need to be linked into something that you want. Zig Ziglar (motivational speaker) used to say “Having a feeling the future will be better creates a lot of hope”. Another favourite from him was; “A goal properly set is half way reached”. Goals create an image of what you believe life could look like in the future. Goals create a feeling of being “in control” which is a key to resilience; focusing on what you have control over. Reminds me on the Serenity Prayer we had to learn in school.

However a goal without clear steps action towards that goal does help at all. Thats why I put the major steps into this  free infographic to make it a little easier. This is a full resolution poster easy to print out. 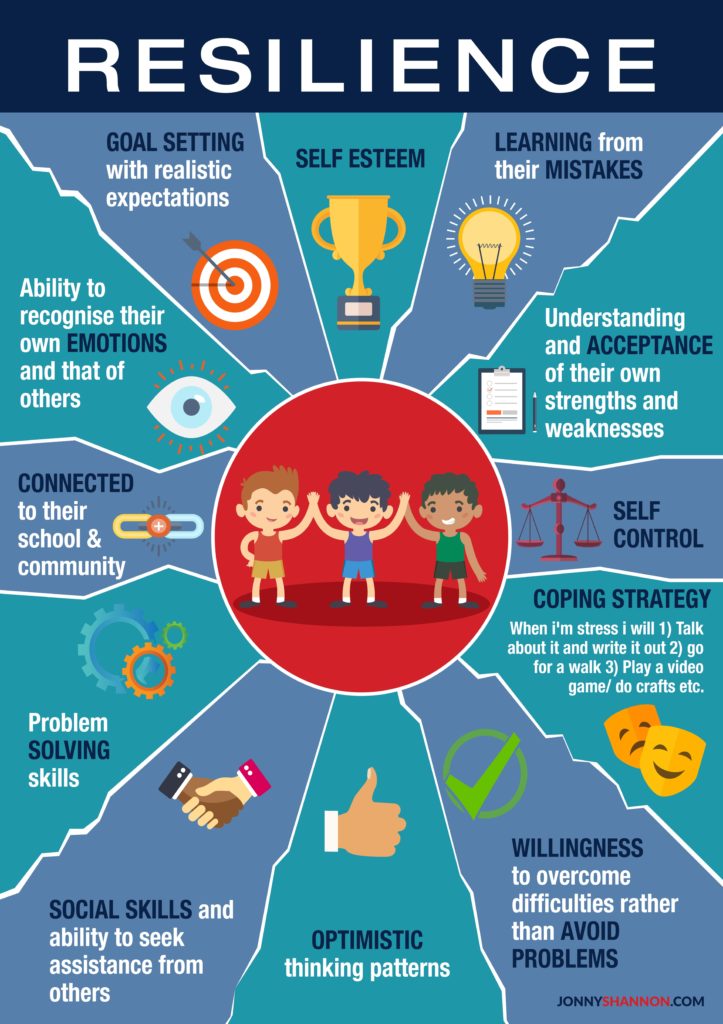 Most parents and caregivers these days try pretty hard to shield kids from mistakes and bad experiences. But we all know that’s an impossible task. Most, if not all teens will experience something traumatic at some point, whether it’s severe, like…

Remember what it was like being a teenage. Emotions are High and often New which can seem really scary. Wether it’s bullying, loneliness or feeling stupid teenagers are going through a lot. To put it in prospective here is a comparison on Mental Pain according to Orbach & Mikulincer Mental Pain Scale (OMMP). Reference at end of article.

As a youth speaker, what I’ve learned by talking with the experts is, it doesn’t matter so much what happens. What matters is a kid’s ability to deal with it and bounce back from it. When kids can develop healthy relationships and healthy ways of being in the world in spite of making mistakes and encountering obstacles and life’s anxieties, that’s called resilience.

The 2 myths of resilience

People often think that kids, in general, are tough; they can bounce back from anything. There is a myth out there that, because they don’t show their emotions the same way adults do, kids aren’t really as affected by adversity. You see pictures of kids playing in the dirt like nothing’s happening, while bombs are falling over the next hill.

But just because a kid doesn’t talk or get emotional about some of their experiences doesn’t mean there’s nothing wrong. And often we see this later as a lack of resilience: teens who give up and check out, who are too afraid of failing to even try. The second myth is that some kids are just born resilient. “Oh, Sally and Nick grew up in the same house and went through the same stuff but now Sally’s a nurse and Nick’s in prison. She must be more resilient.”

Ann S. Masten, PhD, a Professor at the University of Minnesota and renowned author of several books on resilience in development, coined the term ‘ordinary magic’ to describe the idea that resilience isn’t rare or special, but just the result of kids having more resources within themselves, their families and communities. If you want to help make students resilient, here’s what you can do.

Remember to teach them it is okay not to be okay. Bad times will pass. Our emotions are not set but ever changing. They have gone through hard times before and they will do it again. There are simple, fun ways to relieve stress as well. Sometimes the best advice I could give was the simple advice a fish gave me; ‘Just Keep Swimming’.

Was this article helpful? Do you have any tips or points you think would be added? Dont be silent! I’m a really person typing away as your a real person reading this sentence (thank you by the way). Let me know how i can improve & long term your’ll help the next reader & help me when speaking to students. Thank you in advance! 🙂 – Jonny Shannon